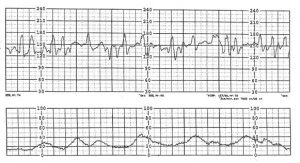 So you are pregnant!

Two pink lines -excitement! Awaiting your first midwifery appointment-anticipation, excitement and nerves like jelly-emotions coming together all at the same time, am I really pregnant? First fetal scan appointment-the want to ‘see’ your baby, the rush of messages from friends and family asking for copies of the black and white picture that result from your scan visit, the relief when you are told everything is ok and come back for your routine appointment at 20 weeks for further tests……

The female body is made for childbirth.

The problem with modern day screening, is that confidence of the female body is washed away with the flush of the loo after seeing those pink lines after your missed period. Tests for this, scans for that, research has shown that for every tests done, more tests may crop up and as a result, stress, worry and anxiety start to become the focus of what is meant to be one of the happiest moments of your life.

Some of the reasons for fetal monitoring are:

The Risks of Fetal Monitoring 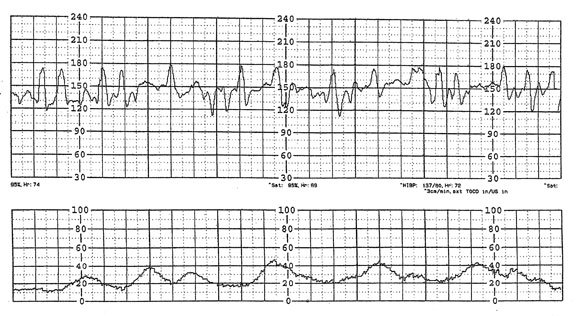 The issue becoming apparent to many is that the dangers of fetal monitoring are never discussed. There are no leaflets designed to show the risks you take by consenting to the routine monitoring of modern day pregnancy and birth.  The risks of ultrasound-significant temperature increased directed through the abdominal wall or vaginally causing damage to the developing fetus such as brain haemorrhages, developmental anomalies and other postnatal affects such as low birth weight, early ovulation, perinatal death and neurological effects from dyslexia and speech delay to a prevalence in left-handedness (Michel Odent)-are not discussed in the hospital waiting rooms or hotel reception rooms of boutique keepsake scans.

Ironically, the tool used to diagnose Intrauterine Growth Retardation (IUGR) is another associated risk of using Doppler-a 30% increased risk according to this Australian study of pregnancy where Doppler screening was used during their pregnancy. Mothers and babies receiving 2 or more Doppler scans during pregnancy were twice as likely to experience perinatal death as a result in a large UK study.

These astounding risks have more and more research stacking up against the use of ultrasound scans in pregnancy. Women are still not made aware of those risks in the UK at least, and many countries now have private companies offering tailor-made packages to ;view your baby’ or ‘determine your babies sex 100%’ by way of ‘colour’ or 3D/4D Doppler technology.

So, now we have additional scans added to the risks of having 2 or more diagnostic scans during pregnancy causing risk. Upon a report into ultrasound imaging by the BBC, Kevin Martin, president of the British Medical Ultrasound Society, said: “Our view is that ultrasound should only be used by those qualified to do so, who are in a position to ensure it is carried out safely. Ultrasound should not used solely for producing souvenir videos in the first trimester because the baby’s cells are still differentiating at that stage. If there’s no obvious medical benefit to the baby at that stage, it should not be put at any risk.”

If that is not enough ultrasound dosing to the usual 2 scans minimum in pregnancy, plus the dangers of the ’boutique scan’ we then have the ‘home Doppler’ enabling you to listen to your babies heartbeat at home….I think at this point I just need to remind you that ‘routine tests’ during pregnancy are not mandatory and are part of your choice of how you manage your pregnancy.

To use a handheld doppler effectively requires great skill and training-something which a regular parent would not be in possession of. False reassurance that baby is fine whilst using these gadgets can defer parents from seeking urgent medical attention as inexperience will result in your hearing the mothers heartbeat instead of the fetal heartbeat. The dangers of home monitoring simply are not marketed along with their product which, quite frankly, is careless and irresponsible of their marketers.

A spokeswoman for the Medicines and Healthcare products Regulatory Agency (MHRA), which regulates but does not licence the machines, said: “Members of the public using foetal monitors at home are unlikely to have the necessary knowledge or experience to use the device effectively and if they are concerned about the health of their baby they should seek medical advice.”

The problem is, with parenting becoming the fashion accessory of the 21st century, gadgets and electronic items to ‘enhance’ your pregnancy experience are going to be in the mainstream. Despite the warnings, mothers will still go out and buy equipment they believe will put their mind at rest. In a stark contrast, if women were taught from an early age to trust their bodies to do exactly what they are made to do, there would not be the made rush to go out and buy such equipment, if the boutique keepsake scans were regulated, there would not be any unnecessary exposure to ultrasounds, increasing the risk of dyslexia, brain damage or death.

Use ultrasound with caution-if a problem is suspected, medically indicated ultrasound, used in minimal exposure, can support the health of you and your baby-in all other instances the dangers of ultrasound scans and dopplers MUST be researched fully for you to make an informed choice.